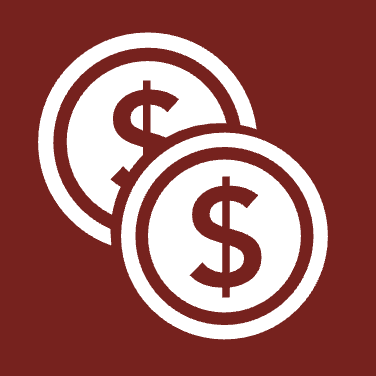 The new way to make money crypto mining in Sweden is by not paying the electric bill. It sounds funny but this may be the policy of one crypto mining operation that was based in Sweden, NGDC. NGDC’s crypto mining operations in a northern county of Sweden compiled an electric bill equal to an amount of $1.55 million during the time they were actively engaged in cryptomining. NGDC’s administrators are now nowhere to be found.  And a $1.55 million bill is still waiting to be paid. When you look past the sensationalism of the headline. A new creature may be appearing above the horizon. A creature that has lost hope in creating wealth through crypto mining, the disenfranchised and discouraged crypto miner.

The cost of electricity in Sweden is relatively inexpensive compared to other 1st world countries. The cost to mine one Bitcoin is on average about US $4,700. That fact made Sweden a prime location to set up cryptocurrency mining operations. Even in today’s Bitcoin bear market, with Bitcoin worth about $3,900 at the time of this writing, there is still the potential of Bitcoin gaining value above $4,700 again.

So why would NGDC walk away from machines that generate value when you turn them on? Do they know something the rest of us don’t? There could only be one of two reasons why NGDC bailed out of their operations in Sweden. 1) They knew how to take advantage of an unsuspecting Swedish utility company and municipality that did not expect or prepare for this type of cyber theft. Or 2) NGDC lost confidence in the revenue source of crypto mining and no longer wished to capitalize their crypto mining operation.

If theft was the motivation for NGDC's enterprise from the beginning, then let's see what they were able to get away with. The electricity bill was $1.55 million. The approximate cost to mine one bitcoin in Sweden is $4,700. Therefore NGDC may have been able to mine about 329 Bitcoins. 329 Bitcoins have a current market value of $1,286,000, certainly not worth the cost of the electricity. But 329 free Bitcoins can have significant value at some point in the future if Bitcoin's value climbs to its record high price of $19,000 per coin.

The second possible reason for NGDC's departure from their cryptomining operation could be that crypto mining is not a profitable business anymore, for start up operations. It is also very difficult to profit from crypto mining as an individual at this stage in the development of the cryptocurrency market. The sophistication of the hardware owned by well financed crypto mining operations, and the short amount of time it takes for computing hardware to become obsolete add to the difficulty of individuals making a profit from crypto mining. The latest piece of information to determine whether crypto mining is still a profitable enterprise is the fact that 8BTC, a Chinese crypto outlet, reports that major cryptomining operations like Bitmain are selling off their hardware by the kilogram instead of by the unit. Application Specific Integrated Circuit (ASIC) hardware that sold for approximately $2900 a year ago is now being sold for about $140.

Tying all this information to the action taken by the NGDC crypto mining operation. It seems, most likely, that cryptomining became unprofitable. Unprofitable to the point that NGDC abandoned all their hardware and skipped town to avoid paying for the electricity used during the period of time their mining operation was functioning. If there is a consolation for the electrical utility company and the municipality, they may have acquired free cryptomining hardware that can be used in some way to compensate for the money lost from NGDC not paying their bill.

Bitcoin  continued to lose substantial value this week. The cryptocurrency price fell through its prior lower level of resistance, and appears to have settled in at a level near $4,000. The United States Dollar gained value against Bitcoin this week. The USD started the week pairing with Bitcoin at an exchange rate of $5483/ 1 Bitcoin. The pair ended the week exchanging at a rate of $4244 / 1 Bitcoin. The USD recorded a 29.19% increase in value when paired with Bitcoin by the week's end.

The USD index (.DXY) compares the USD to 6 globally dominant currencies. The USD gained ground when compared to its global counterparts towards the end of the week. The .DXY index recorded a value of 96.19 at the beginning of the week. The Index closed at 96.94 recording a 0.780% increase in value by the week's end.

Factom (FCT) ranks 45th on the list of cryptos ordered according to their market capitalization. Factom's current market cap is $99,400,000. Factom describe themselves as a blockchain innovations company transforming the way organizations use and interact with their data, by allowing you to build data integrity and trust capabilities into applications and systems. Factom solves the core issues of Bitcoin by providing a smaller block size and faster transaction speeds. $2,854,821 worth of Factom changed hands at an average price of $8.78 on November 24th.

Craider (RAID) Sale Starts November 24, 2018 Sale Ends January 18, 2019 / A next-gen digital platform consisting of a mobile messenger bot, a web based portal and a cloud based exchange, all powered by data driven analytics

Dream Real (DR) Sale Starts November 26 Sale Ends December 31 / A first in global social networking based on blockchain technology, where users can share their dreams with the whole world, and cryptocurrency of the ecosystem creates incentives for content generation

ONe Network (OBT) Sale Starts November 27 Sale Ends January 22, 2019 / A next generation social network that uses the latest technologies to provide a wide range of services that are digitally secure and private for our users

Run2Play (RUN) Sale Starts November 30 Sale Ends December 31 / A game where the user gets stronger and more fit, as well as their character in the game. Incentivizing fitness and addressing the growing problem of childhood obesity